Digital Weapons You Must Know About!

byWhite Knight IT 18 Jan inAwareness No comments yet 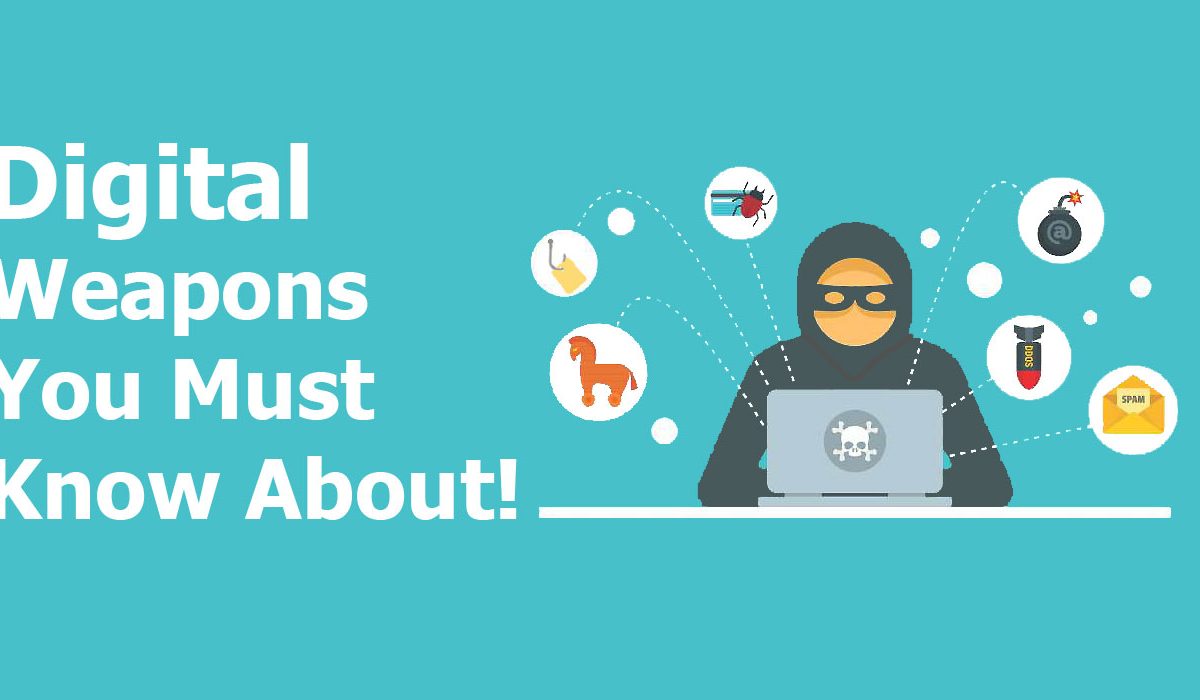 What is this Digital Weapon?

This type of weapon is called Malicious Software or for short Malware. This type of software is designed intentionally to hurt and infect your network and computers and their are many type in the wild.

There are many types of malware however the weapons mostly used today are not directly installed on your device but instead hackers use loopholes that they exploit to launch scripts.

What are the types of digital weapon payloads?

The attacker sends lucrative emails that tempt the user to click on the link provided in the email. As soon as the link is clicked, the malware gets downloaded itself in the background and infects the user’s PC.

Malware tampers web cookies. Thus, when you open a genuine site, this malicious cookie triggers and redirects you to the malicious sites. Thus, these sites may extract information or can download the malware into your system.

Sometimes the attacker intentionally plants the removable media with malware loaded in it to tempt the victim to check its data. As soon as you will plug it in your system, the malware will be automatically installed and will end up infecting your device.

What are the types of Malware?

As you discovered previously the malware is categorized and named based on the way these hackers infect the systems. Which more details can be found below:

Worms exploit your operating system. These types of malicious software use your network bandwidth, steal your data, and send it to the attacker. It has the property to self-replicate and thus, it copies itself through the network.

Trojan Horse is that comes attached to a normal file. Trojan malware disguises itself in the necessary files and then sends the data of your device to the attacker.

This extracts important credentials of data from a user’s device and sends it to the attacker. This kind of malware exploits the vulnerabilities in the software.

This is a kind of malicious software that infects the victim’s device by encrypting its data. The data can only be decrypted with a key that is provided by the attackers once you pay the ransom amount to them. Thus, it is advisable to keep backup of your data.

Adware is a kind of malicious software that is injected into the victim’s device using the advertisement pop-ups of needful software. Pop-ups of urgent requirements of antivirus, malware remover, etc. are embedded with the malicious link. As soon as the victim clicks on the link, the malicious file is downloaded in his/her system and infects the device.

This is a kind of malicious software that steals information and credentials of the user. The virus is also sometimes used to make the victim a bot. It can self-replicate itself but it cannot be transferred to the other device without human intervention. It can be attached to a document, mail attachments, scripts, etc.